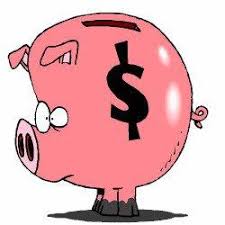 
An invention called 'the Jewish people'


Israel's Declaration of Independence states that the Jewish people arose in the Land of Israel and was exiled from its homeland. Every Israeli schoolchild is taught that this happened during the period of Roman rule, in 70 CE. The nation remained loyal to its land, to which it began to return after two millennia of exile. Wrong, says the historian Shlomo Zand, in one of the most fascinating and challenging books published here in a long time. There never was a Jewish people, only a Jewish religion, and the exile also never happened - hence there was no return. Zand rejects most of the stories of national-identity formation in the Bible, including the exodus from Egypt and, most satisfactorily, the horrors of the conquest under Joshua. It's all fiction and myth that served as an excuse for the establishment of the State of Israel, he asserts.

According to Zand, the Romans did not generally exile whole nations, and most of the Jews were permitted to remain in the country. The number of those exiled was at most tens of thousands. When the country was conquered by the Arabs, many of the Jews converted to Islam and were assimilated among the conquerors. It follows that the progenitors of the Palestinian Arabs were Jews. Zand did not invent this thesis; 30 years before the Declaration of Independence, it was espoused by David Ben-Gurion, Yitzhak Ben-Zvi and others.

If the majority of the Jews were not exiled, how is it that so many of them reached almost every country on earth? Zand says they emigrated of their own volition or, if they were among those exiled to Babylon, remained there because they chose to. Contrary to conventional belief, the Jewish religion tried to induce members of other faiths to become Jews, which explains how there came to be millions of Jews in the world. As the Book of Esther, for example, notes, "And many of the people of the land became Jews; for the fear of the Jews fell upon them."

Zand quotes from many existing studies, some of which were written in Israel but shunted out of the central discourse. He also describes at length the Jewish kingdom of Himyar in the southern Arabian Peninsula and the Jewish Berbers in North Africa. The community of Jews in Spain sprang from Arabs who became Jews and arrived with the forces that captured Spain from the Christians, and from European-born individuals who had also become Jews.

The first Jews of Ashkenaz (Germany) did not come from the Land of Israel and did not reach Eastern Europe from Germany, but became Jews in the Khazar Kingdom in the Caucasus. Zand explains the origins of Yiddish culture: it was not a Jewish import from Germany, but the result of the connection between the offspring of the Kuzari and Germans who traveled to the East, some of them as merchants.

We find, then, that the members of a variety of peoples and races, blond and black, brown and yellow, became Jews in large numbers. According to Zand, the Zionist need to devise for them a shared ethnicity and historical continuity produced a long series of inventions and fictions, along with an invocation of racist theses. Some were concocted in the minds of those who conceived the Zionist movement, while others were offered as the findings of genetic studies conducted in Israel.

Prof. Zand teaches at Tel Aviv University. His book, "When and How Was the Jewish People Invented?" (published by Resling in Hebrew), is intended to promote the idea that Israel should be a "state of all its citizens" - Jews, Arabs and others - in contrast to its declared identity as a "Jewish and democratic" state. Personal stories, a prolonged theoretical discussion and abundant sarcastic quips do not help the book, but its historical chapters are well-written and cite numerous facts and insights that many Israelis will be astonished to read for the first time.

The mosquito from Kiryat Yam

On March 27, 1948, a meeting was held in Hiafa concerning the fate of the Bedouin of Arab al-Ghawarina in the Haifa area. "They must be removed from there, so that they, too, will not add to our troubles," Yosef Weitz, of the Keren Kayemeth (Jewish National Fund), wrote in his personal diary. Two months later, Weitz reported to the organization's director, "Our Haifa Bay has been evacuated completely and there is hardly a remnant of those who encroached our border." They were probably expelled to Jordan; some were allowed to remain in the village of Jisr al-Zarqa. The fate of the Arab al-Ghawarina Bedouin has recently made the headlines thanks to Shmuel Sisso, mayor of the Haifa suburb of Kiryat Yam. He has filed a complaint with the police against Google. The reason is the addition that one of the site's surfers, a resident of Nablus, attached to the center of Kiryat Yam in the world satellite photo, stating that the city is built on the ruins of a village that was destroyed in 1948, Arab al-Ghawarina. Sisso's complaint says that this is slanderous.

The facts are as follows: The lands of the Zevulun Valley were purchased in the 1920s by the JNF and by various construction companies, among them one called Gav Yam. The Zionist Archives have the plan for the establishment of Kiryat Yam, dated 1938, and a letter from 1945 states that there were already 100 homes there. Government maps from the British Mandate period identify the territory on which Kiryat Yam was built by two names: Zevulun Valley and Ghawarina. Thus it appears that this was not a settlement but an area in which Bedouin resided.

The Web site of the Israeli organization Zochrot (Remembering) states that there were 720 people at the site in 1948 and that the area was divided among three kibbutzim: Ein Hamifratz, Kfar Masaryk and Ein Hayam, today Ein Carmel.

This story has been making the rounds on the Internet and drawing responses, which can be summed up as follows: "If Sisso is suing Google because they stated that he is living on a destroyed Arab village, the implication is that he thinks this is something bad." Sisso, a lawyer of 57 who is identified with Likud and was formerly Israeli consul general in New York, says, "I don't think there is anything bad about it, but other people might think it is bad, especially people abroad, and that is liable to hurt Kiryat Yam, because people will not want to invest here. Since we are not sitting on a Palestinian village, why should we have to suffer for no reason?"

Moroccan-born, Sisso arrived in Israel in 1955. "I wandered around the whole region and I saw no trace of anyone's having been here before us and supposedly expelled." He asked an American law professor how, if at all, Google could be sued for slander or for damages. This, he says, is the contribution of Kiryat Yam to the struggle against the right of return (of the Palestinian refugees).

It could turn out to be the most riveting trial since Ariel Sharon sued Time magazine, but mayor Sisso has no illusions: "Me against Google is like a mosquito against an elephant," he said this week.

Who America belongs to

Two professors, Gabi Shefer and Avi Ben-Zvi, were guests this week on Yitzhak Noy's "International Hour" current events program on Israel Radio. The anchor, sounding slightly concerned, asked whether the achievements of Barack Obama show that the United States no longer belongs to the white man. Prof. Shefer confirmed this: Obama is an immigrant, he said. Prof. Ben-Zvi asked to add a remark: Gabi Shefer is right, he said. They are both wrong. If Obama were an immigrant, he would not be eligible to be elected president. He was born in Honolulu, some two years after Hawaii became the 50th state of the union.